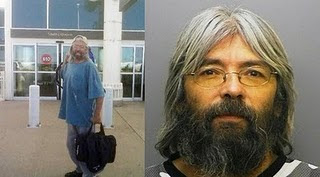 June 15, 2010 — A 52-year-old American citizen who said he was searching for Osama bin Laden was detained in Pakistan near the border with Afghanistan this week, Pakistani police said Tuesday.

Faulkner was detained as he was walking from Pakistan toward the border into Nuristan province in Afghanistan, Ahmed said. He told police that he had been looking for bin Laden since 9/11 and had traveled to the area several times before, Ahmed said.
Posted by GEMABERSUARA at 10:27 PM