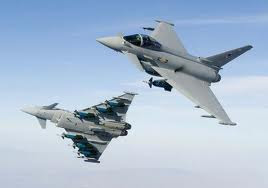 "So much technology has been put in during research and development for new-generation combat jets today that the pilot's workload can be reduced significantly, allowing him to concentrate on missions and operations.

"What this means is that young fighter pilots need not clock in hundreds or even a thousand flying hours on advanced jet trainers or other jet fighters before moving on to conversion training to fly these fifth-generation combat aircraft.